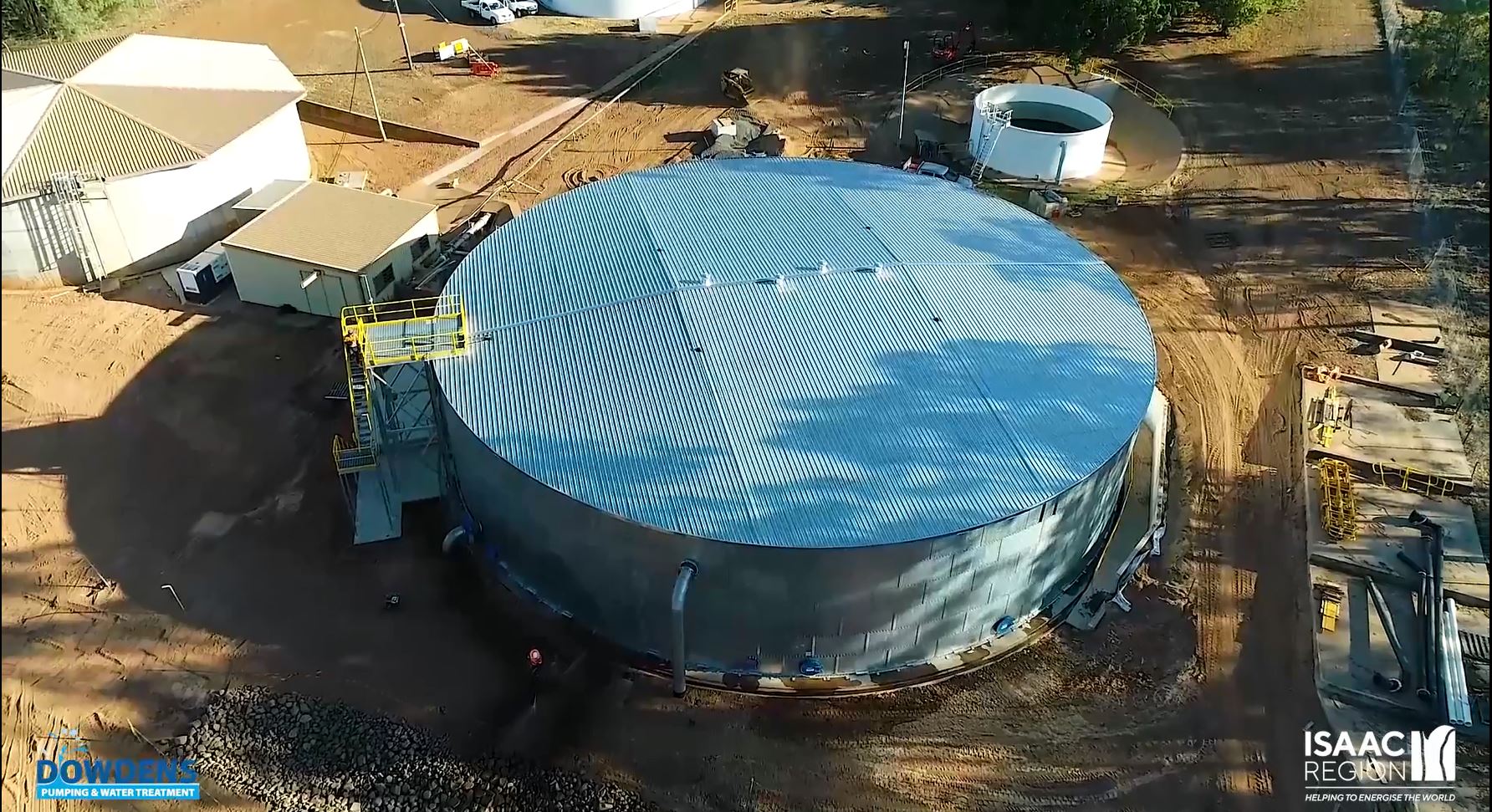 The quality and security of drinking water for Clermont has been boosted with completion of a new five-million-litre reservoir.

The quality and security of drinking water for Clermont has been boosted with completion of a new five-million-litre reservoir.

“In relatively dry inland areas like much of the Isaac, with limited natural water assets, meeting the water needs of our towns – and Clermont in particular – has traditionally been a challenge,” Mayor Baker said.

“However, keeping Isaac residents’ taps flowing with top-quality water remains a high priority and will see spending of $5.9 million in the current 2020-21 Council budget.

“More than 80 per cent of this regional water budget – approximately $4.9 million – will go to projects benefitting Clermont,” Mayor Baker said.

“This spending is part of Clermont’s Water Quality Response Plan, an ongoing program to improve the quality and security of the town’s drinking water.”

Also, $1.39 million is being spent on replacement of water mains in Lime Street and East Street, and $1 million on de-silting the raw water offtake structure at Theresa Creek Dam.

“This means we will have a minimum of three days’ supply of clean, clear drinking water stored at any one time, ready to provide to residents in Clermont and the surrounding area should there be an event like discoloured water coming from Theresa Creek Dam after heavy rain.

“In that case, water can be supplied from these reservoirs while the raw water from Theresa Creek Dam is given extra treatment to clear it up.”

Mayor Baker said the new reservoir would be officially opened in coming weeks but was already online, supplying water to Clermont residents.

She added that it had been built in nine months, coming in on time and under budget.

Note: A time-lapse video of the reservoir’s construction is available here: https://bit.ly/3qtvm36