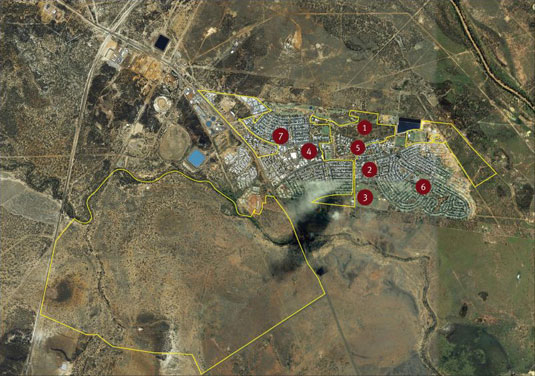 The Priority Development Area (PDA) (previously known as the Moranbah Urban Development Area) was declared on 30 July 2010, it is a 1218 hectare area made up of a number of different sites within the existing Moranbah town and a large site to the west of Goonyella Road. It encompasses large areas of vacant land, part of the golf course and a small amount of residential and industrial land.

See the EDQ website for details and a copy of the Moranbah PDA Development Scheme.