Councillors and The Mayor

The current Isaac Regional Council was sworn in on April 16, 2020 and is comprised of 8 divisional Councillors and a Mayor, who were elected by eligible voters in each division. Use the links below to find profiles, contact details and statements of interests of each elected representative (signatures have been covered for security reasons).

Cr Baker and her husband Frank, who have two adult children and three grandchildren, have lived in Moranbah for the last 24 years.

She is on the board of several regional development organisations and likes to be as active as possible within the community.

Her priorities for the region have been long held around working towards delivery of more family housing and good quality developments, to improve the liveability and attractiveness of the region.

She continues to advocate for the region’s fair share of funding from the Australian and Queensland governments and she has a continued focus on increased investment in our rural roads and protection of rural land.

“For me, local government is ‘where it is at’.  As the closest level of government to the community, we have a responsibility to drive value for money and to build our community’s future capacity, into everything we do,” she said.

“Delivering responsive and fit for purpose planning and efficient and  effective Council services that reflect the broad priorities and values of our ratepayers, is an integral part of that.

“It’s an incredible honour to be the Mayor of this region, and honour I am grateful for.” 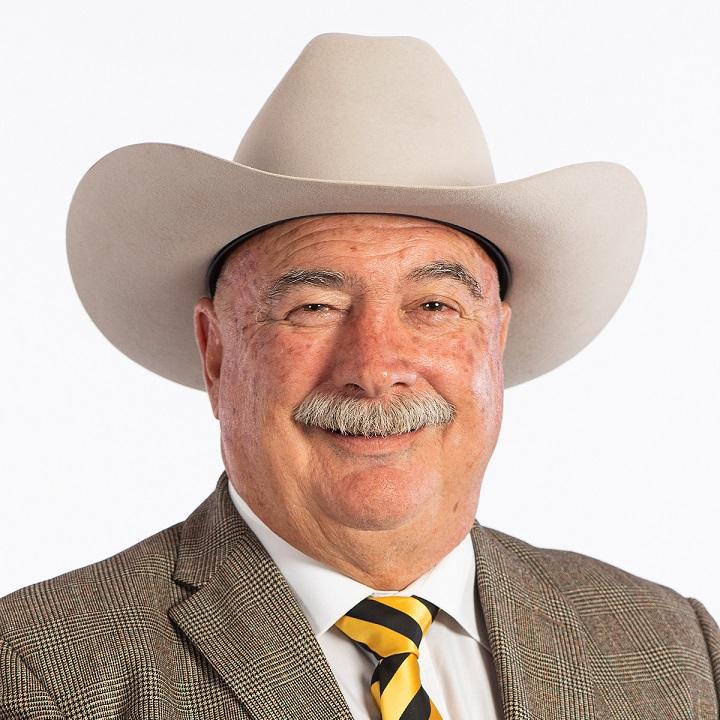 Councillor Austen was elected to represent Division 1 following a By-Election on December 18, 2017.

He has lived in the Clermont district for 30 years where he worked as a horse breaker, ringer, professional singer and musician.

After marrying Marie, and having a family – Liz, Steve and Mick – Councillor Austen purchased the milk run for Clermont and surrounding districts. Austen Milk Supplies is a family run business as well as supplying employment for others.

He has also recently purchased a small cattle block north of Clermont and local businesses Clermont Carrying Company and Clermont Signage and Frames.

Councillor Austen is a very strong supporter of local businesses and is well aware of the issues faced in this regional area. 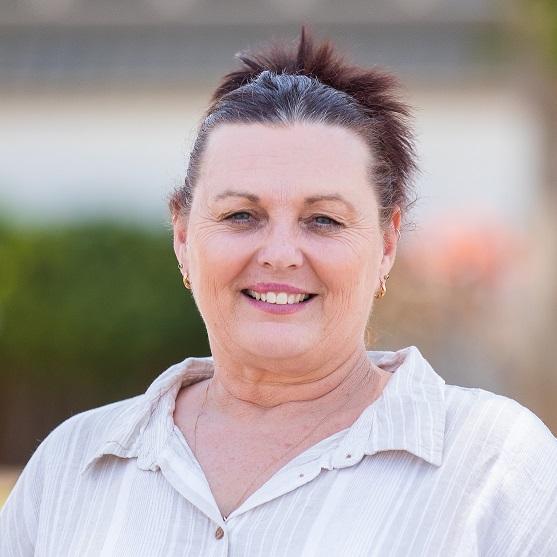 Councillor Moffat was elected to represent Division 2 in March, 2020. She has lived in Dysart for 9 years after moving for work from the Darling Downs. She loved it that much, she married a long-time resident and stayed.

She has owned and operated Java Joes & JJs Pizza for 7 years and has over 17 years’ experience in hospitality and management. She was previously an Early Childhood Teacher working in rural and remote areas.

Cr Moffat is married to Jason and between them they have 6 daughters and 8 grandchildren. In her spare time, she enjoys relaxing with friends and family, genealogy and gardening. 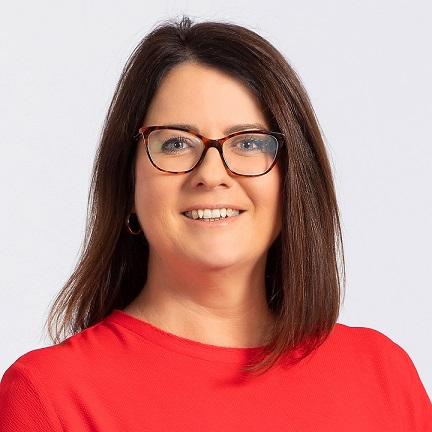 Councillor Lacey has lived in Moranbah for 46 years, and was re-elected to represent Division 3 in 2020, making it her fifth term on Council. She was elected a member of the Belyando Shire Council in 2004 and in 2008 elected to represent her division with the Isaac Regional Council. Councillor Lacey worked for the CFMEU for 15 years and has been a small business owner for 10 years.

Married to Clint, they have two children. Councillor Lacey quotes her late father and well-known local, Pat Hannay, as the most significant influence on her ideology, and is ultimately driven by the principles of equity, fairness and common sense. An active and engaged Councillor who values her years of experience, Councillor Lacey is never afraid to challenge the status quo and genuinely values diverse thinking in decision making. She is a keen rugby league supporter and spectator, a proud local and is determined to advocate for Moranbah, Isaac and everyone’s rights to have a say in their communities future. 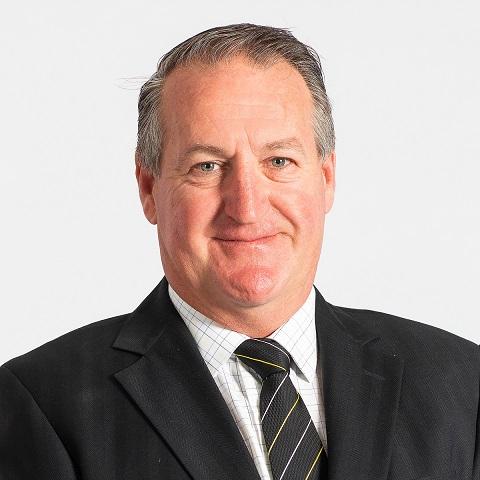 for the remainder of the four-year local government term following the resignation of former councillor Peter Freeleagus.

With years of experience in hospitality management, the mining sector and through union roles, Cr West is a well-recognised community representative.

With his wife Fiona and son, Cr West has lived in Moranbah since 2001. He is an active community member and leader, assisting in multiple fundraising events such as the May Day Festival and mental health projects. 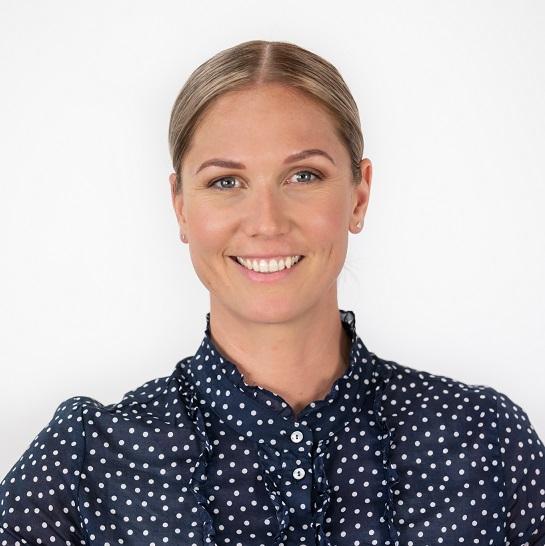 Councillor Vea Vea grew up in Collinsville with a long family history in mining.

For the last 13 years she has been raising her two children in Moranbah with her husband Blair. They are a fourth generation coal mining family.

Councillor Vea Vea is a strong advocate for the Isaac Region and passionate about lobbying for policy change, better funding for our region and ensuring our communities grow sustainably alongside industry.

Councillor Vea Vea has served as Deputy Mayor since 2018. She is Deputy Chair of Local Disaster Management Group, Chair of Planning Environment and Community Services Standing Committee, member of Water & Waste Standing Committee, Director on the board of Moranbah Early Learning Centre, and Council representative on the Moranbah Miner’s Memorial Committee.

Councillor Moriarty was born in Hughenden, educated in Charters Towers and Townsville before moving to Clermont in 1990.  She is a mother of four, a grandmother of six and a proud fifth-generation North Queenslander who appreciates the value of rural communities and the people that choose to live and invest in these areas.

A school teacher by profession, Councillor Moriarty spent 17 years in the classroom before turning her talents to other roles including a stint in the tourism industry, working closely with local volunteers who took enormous pride in promoting Bowen, Collinsville and surrounding areas. Today she works in HR for a local Clermont business in the resources sector.

Having previously worked for Charters Towers MP Shane Knuth Councillor Moriarty is no stranger to politics and is passionate about supporting community groups and ensuring the sustainability and liveability of rural towns for future generations to enjoy.

Outside Council, Councillor Moriarty is actively involved in community groups including the Clermont Community Business Group, the Clermont Senior Rugby League Club and the Clermont Musicmakers.  She is also the volunteer editor of the Clermont Telegraph. 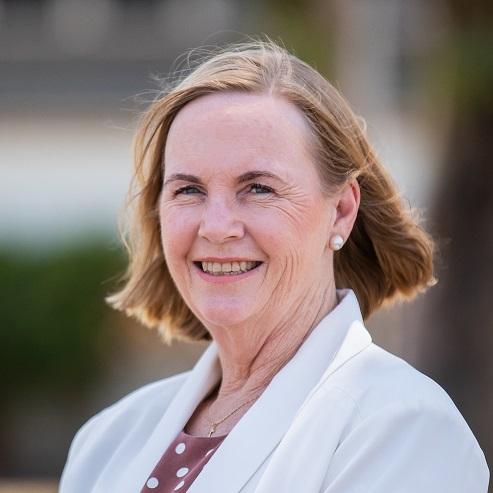 Moving to Queensland in 1984 she quickly became involved in the community through committee work with Moranbah Neighbourhood Centre, Moranbah Hawks' Soccer, Nebo State School P&C and Middlemount tennis, rugby league and netball associations. She is a member of Middlemount's Community Sports' Association, the Race Club and Rugby League Club.

Councillor Pickels is married to Greg and they have four children. A self-confessed ‘sports nut', she loves to play and watch sport and is involved at an administrative level. She also enjoys cooking and family life. 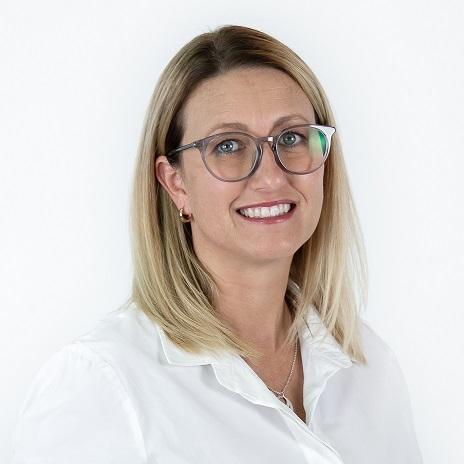 ncillor Coleman was elected to represent Division 8 in April, 2020. Living and working in St Lawrence, having property in the Isaac area for over 20 years she has a long term personal connection to the region.

With career background in local small business, construction, agriculture, tourism and real estate she has a wide knowledge of industries and looks forward to bringing her previous experiences to her new role of Division 8 Councillor.

Volunteering and continued commitments to charity organisations Varity Qld & the Cancer Council along with her engagement with local non for-profit organisations and actively supporting and assisting in community events to encourage growth opportunities in the community are important to her.

Married to Craig, they have two children. She enjoys, camping, boating, gardening, photography, learning about local history and spending time with her family.