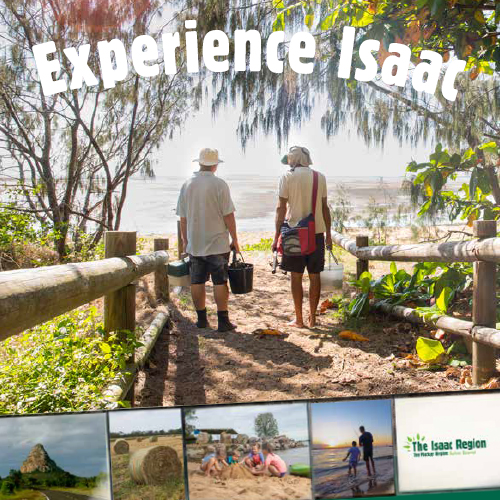 Referred to as the ‘new kid on the block', Moranbah is one of the youngest towns in Queensland. Moranbah was specifically created for miners and their families and though the town has grown and developed, many have remained within their ‘home town' because of its rich charm and emanating warmth.

Today Moranbah takes pleasure in an abundance of modern facilities. It is often described as the hub of the Isaac Region, offering most services you will find in the bigger towns. The town's newly refurbished town centre includes an interesting water feature and new child's play area creating a relaxing atmosphere where you can enjoy a coffee break with friends at the local bakery while entertaining the kids.

Services within town include but are not limited to:

Due to Moranbah's locality within the region, it is central to a lot of great places to visit and do.

Things to do include the following activities:

Financially assisted by Queensland Government Centenary of Federation Grant, and in-kind support from the local community, this sculpture was commissioned by sculptor Adriaan Vanderlugt. The wallaby, known locally as the Flashjack was thought to be extinct until it was rediscovered in 1973. Since then the extensive breeding program established by Queensland Parks and Wildlife has seen small numbers released back into the area and the re-establishment of wild populations.

To view this sculpture head to Moranbah's Town Square Park.

Situated in Town Square Park, the Australia Remembers Mural is a tribute to all the brave men and women who served in WWII. The mural was a community program generously painted in 1995 by Moranbah State High School students.

Follow the one kilometre Federation Walk at Moranbah's entrance to the town's infamous Big Red Rhino Bucket. The recreation area was a four-year community project that began in 1997 and was initially a product of the Moranbah Beautification Group. The Big Red Bucket was purchased from Peak Downs Mine for $1 in 1999 and is the highlight of the walk.

The Grosvenor Complex in the Town Square houses the library, Coalface Art Gallery and Tourist Visitor Information. For a taste of local arts and crafts, visit the Coalface Gallery to witness the local artistic talent emerging from the area.

Located approximately 20km from Moranbah heading north-east along the Peak Downs Highway (or 30km south-west of Coppabella), this is a popular area to refresh from a big day's drive. There is an undercover picnic table for the self-sufficient to have lunch while you enjoy the environs of the river. No toilet or BBQ facilities are available.